Satanic Crystals: The other face of Filmark

Most of people look at Filmark movies with the same view they see IFD movies or even worse, they think Filmark just imitated IFD working ways. They may are right but just in part because it is true Filmark "cut & paste" movies were born in the IFD's shadow as profitable bussiness in the international video markets. But what maybe not too people know is that Tomas Tang, chairman of Filmark international, also tried to produce action movies in the purest Hong Kong style, with no new edited scenes, using popular & well known actors, shooting in many & different locations & of course, with his eyes put on the world market including Hong Kong...remember that IFD & Filmark movies were for international market excluding Hong Kong. 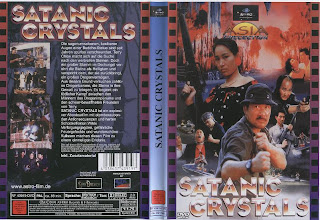 The German DVD cover is just great: Leung Kar Yan, Tommy Cheng, an exotic girl holding a M-16,etc
Here Satanic Crystals enters. Based on the info displayed in some movie data bases such as www.hkmdb.com, this movie was produced by Tomas Tang & his usual co-producer at Filmark Dallie Yeung. In 1989, the international film markets had changed a lot. People were not interested on ninja movies but in kickboxer movies. IFD stopped to produce Ninja movies & most of IFD "classic technicians" moved to other companies & other directors and DPs started took Godfrey Ho's or Philip Ko's places at IFD. 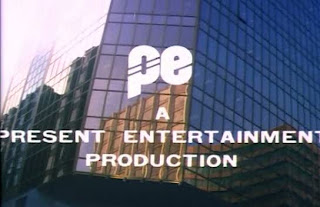 Present Entertainment was a Filmark "face washing" at video markets
Let's suppose something similar happened to Filmark, its ninja & action films were losing their place in the markets & they tried new ways to continue their film production & distribution. So, at that time, Filmark distributed korean kickboxer films like The little kickboxer & other movies with children "a la" Kung fu kids. Most of these movies were edited on tape in Spain & many fans ( I included myself among them) thought Filmark started to produce full fims without stock material from other asian films. We were wrong: Filmark was just distributing asian films that were bought by Tomas Tang in some Asian markets like Joseph Lai did in the early IFD days. 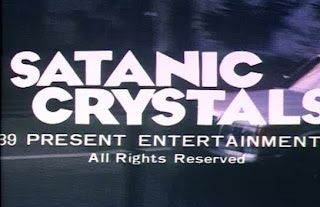 89 Present Entertainment???? Satanic Crystals was a real present from Tomas Tang
But Satanic Crystals was the exception with some slight differences. Satanic crystal as many Filmark "cut & paste" movies was directed by Tommy Cheng Kei Ying & the action choreographers were Donald Kong Do & ex-venom sun Chien who also got supporting roles as they do in their Filmark " classic" films.
We also found in the cast some IFD "renegades" like James Ha who was working in some IFD movies at the time such as War City saga or Paul Wong who used to direct some IFD movies or Wang Seung Lam ( one of the regular ninjas at Filmark movies) or George Nicholas an american action actor who made his life at movies in Taiwanese productions ( ninja movies with Lo Rei & other productions from Taiwan) & some filipino Rambo-ripoffs f. Then, where are the slight differences???? 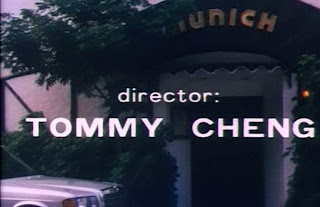 Tommy Cheng Kai Ying is to Filmark what Wang Lung Wai was to Shaw Bros: a great filmmaker & a vicious villain

Satanic Crystals was produced by Tomas Tang & Dallie Yeung as I stated above but they produced it through another production company named PRESENT ENTERTAINMENT & was starred by people like Leung Kar Yang, Shing Fui On, Ng Man Tak ,Stuart Ong or Ha Chi Jan ( the traitous vietcong girl from Samo Hung's Eastern Condors) just to name some of them. This cast was not the usual one for a Filmark production, righ? 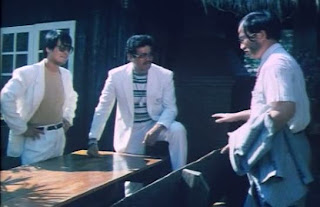 The magnificent trio from filmark: ex-venom Sun Chien, Donald Kong Do & Tommy Cheng Key Ying. 3 wonderful & extremely underrated people from Hong Kong cinema
So, if the producer was Tomas Tang & most of the technicians & supporting actors were the regular troupe at Filmark, Why they avoided Filmark name and they use Present Entertainment as producing company? The answer may be Tomas Tang didn't want the audience to think this movie was another cut & paste movie from his factory. Maybe Tomas Tang wanted to start to produce another kind of movies that could be sold & distributed not only in the international markets that were already a bit saturated of direct to video asian productions but also in the local market in Hong Kong. 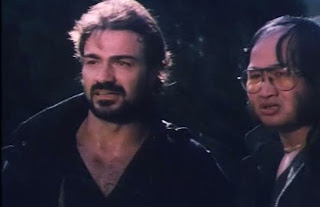 George Nicholas was the villain in some Lo Rei ninja movies distributed by Filmark. At last, he got to work & hold a contract for Tomas Tang in the right way
Anyway, Tomas Tang ,as Joseph Lai, was a smart person & he mixed all the elements that can make a succesful movie: Well known actors, international appearance with some gweilohs, stunning martial arts & gun play choreography & urban and selvatic action ala Indiana Jones. 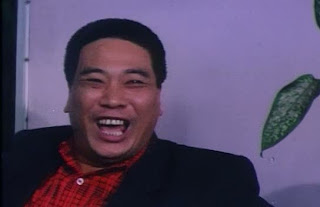 A younger Ng Man Tak worked for Filmark before his stardom along Stephen Chow Sing Chi. 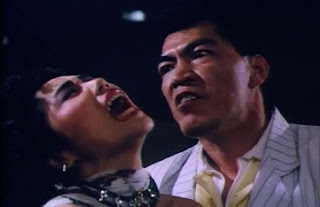 Shing Fui On so nice as usual on the screen

Just taking a look to the trailer, you feel Filmark production was behind.
If Filmark had continued producing this kind of products, the story would have been very different today. We can say the same if IFD decides to make this kind of movies again.
Publicado por Jesus Manuel en 11:57