Yet, another entry dedicated to the taiwanese gangster movies released by IFD & Filmark before 2012 ended. I think the blog is becoming a bit boring lately because I have just been focusing it on a single subject, the taiwanese black movies, for the last months. But in the other hand, I am trying my best to identify so many original movies as possible because it is a very good way to enjoy & understand IFD & Filmark movies. I got tired of reading or listening comments such as " IFD ninja movies are the bottom of the barrel ninja movies"...well, once you know how they were "produce", you may change your mind about them and you might realize they were not Ninja movies but gangster movies with new ninja scenes...and then, if you have a minimum interest on rare cinema you will know many of those movies used in the new edition were a portrait of the taiwanese society of that time...and many of those movies are gone forever...

IFD & Filmark got their golden age selling their catalog in economic rising countries during the early & middle 80's. Countries like Spain, Italy, Portugal and Greece ( that now are in coming back to the Third World) were main markets for the cheap products Lai & Tang offered. Unluckily many of those copies are also lost and they are even gone from IFD catalog.

When Tomas Tang left Joseph Lai and he founded Filmark, he just followed his ex-pal steps. He bought a bunch of Korean, Thai, Filipino & Taiwanese movies and then some of them were edited with new fotage shot in Hong Kong and some of them were just re-dubbed into English & released in their original form but just making the audience think they were Martial arts movies.

Joseph Lai & Tomas Tang shared the movies they bought together during the Asso Asia time, they had previously bought some movies from director Cheung Chi- Chiu ( aka Richard Chen) such as Deadly Silver Angels or Rainbow force that were released by IFD, but Filmark also kept some movies from that package & released it in the same form. One of those movies Filmark kept was Handsome Vagabond. 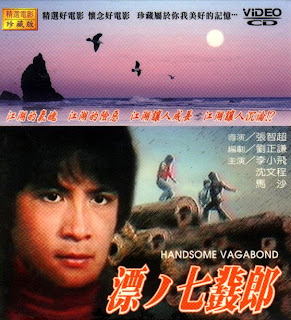 Handsome Vagabond was also directed by Cheung Chi-Chiu in 1982 & got almost the same cast & technical teams as the ones above mentioned. So, we found on it people like Eagle Lee, Tattoer Ma or actress Chan Lai Wan that used to be credited by Filmark as Lyon Chan while it was credited as Juliet Chan by IFD...

Once again, this taiwanese movie was titled with different & alternative titles that made it quite difficult to find ind identify. Handsome vagabond was also known as Street fighter 2 and other two or three aka titles in Chinese language. Then Filmark retitled it as Raging Queen for its international release. 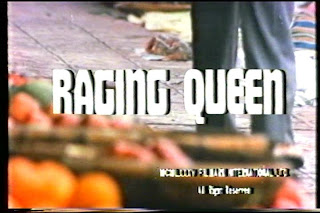 Of course, Raging Queen wasn't the Spanish title when it was released on tape, the spanish distributors added another title and eventually Handsome Vagabond arrived to my home as Codigo Mortal ( Mortal Code) 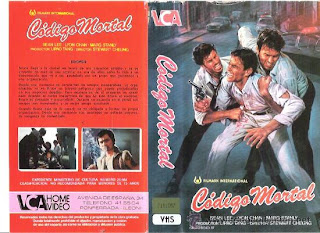 At least, this time, the cover designer didn't  add any ninjas on it, but three white guys fighting to make us think the movie was an american release or something similar.

For Further information about this film, please check it at HKMB
Publicado por Jesus Manuel en 12:58 No hay comentarios:

2012 is going to be finished soon, I can't tell how happy I am because it has been a horrible year for me. Too many & difficult personal problems came & I had to handle them so good as I could. Anyway, apart from that, it has been a good year for this humble blog. Many good people have helped me to continue this "assigment" of uncover the original movies used by Tomas Tang & Joseph Lai on the films they distributed about 25 years ago.

A kind of revival of IFD & Filmark movies has been felt in the last years.  The fact is more & more websites pay attention to these movies & the people who made them possible. The success of Ninja The Mission Force series is a clear evidence about it. And then,  this  interest on IFD & Filmark movies is also opening new backdoors that let me search for more "fresh" information about the original movies that were used/ distributed by Tang & Lai. 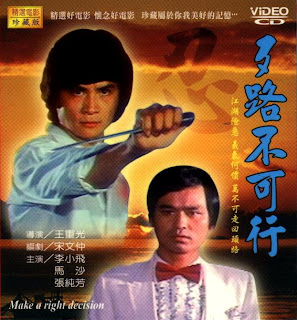 Cheap Taiwanase Gangster movies were bought by IFD & Filmark, some were released on their original form in some mediterranean countries such Spain. It seems Joseph Lai & Tomas Tang bought a package of movies directed by Wang Chung Kuang who was baptised by Filmark & IFD as Chester Wong. 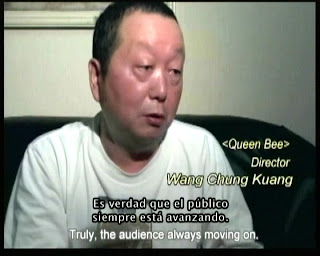 One of these movies was Fighting Duel of Death that maybe is one of the Taiwanese movies with more aka titles of its kind because this 1981 production was also known as Don't Take the Wrong Way or Make a Right Decition and different chinese titles as well. So, Tomas Tang decided to be more creative & titled it Angel of Fire for its international distribution 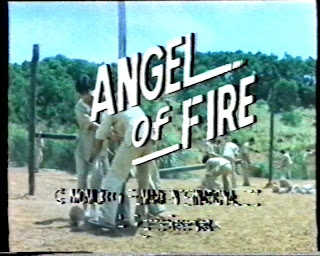 Buuuuuuuut, the Spanish distributors were beyond Tomas Tang creative team and retitled the movie Emboscada Criminal (Criminal Ambush) for the spanish language market & even added ninjas in the new art cover. As usual, they tried to make us think we would find a martial arts film instead of a gangster drama. 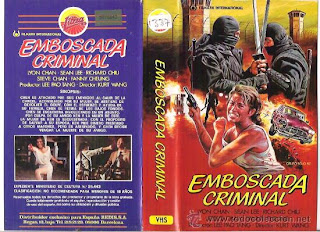 If you are a die-hard ninja movies fan, you will easily notice the two ninjas in the cover are just a drawing of a scene from the original American Ninja film with Michael Dudikoff on the left facing the Black Star Ninja starred by Tadashi Yamashita on the right.

For more Details about this movie, please check this link to HKMDB
Publicado por Jesus Manuel en 13:47 No hay comentarios: 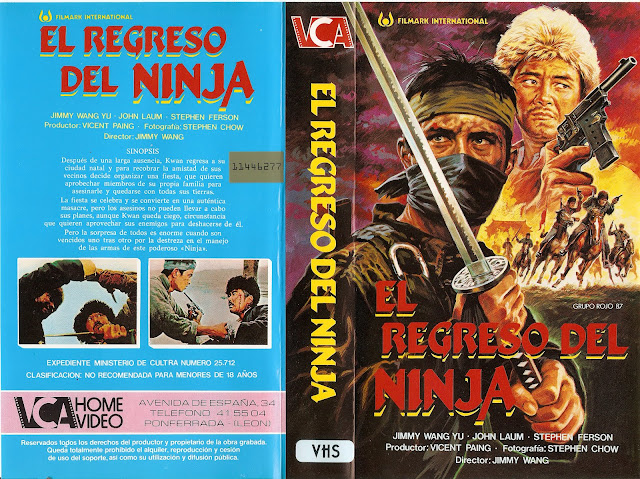 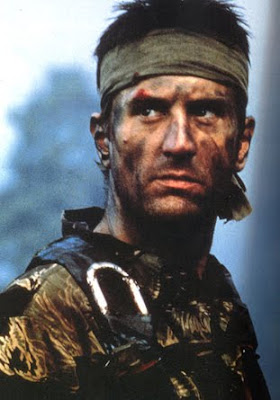 I wasn't sure about including this film in these entries about Taiwanese Black Movies released by IFD & Filmark because it is not a "real" gangster movie but finally I decided to do it because Escape to Freedom was starred by most of the people who developed the subgenre at the time. Another reason I have dediced to post an entry about this movie is because Escape to Freedom is one of those "lost" or missed movies from IFD catalog without any clue like manay of their taiwanese films...remember the Thunderbolt saga, they were the most popular ones but they are not longer avaliable from IFD. 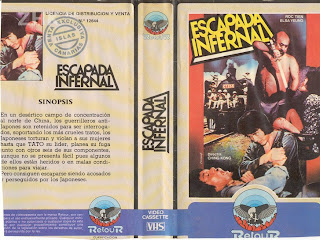 Escape to Freedom was a 1982 production starring Elsa Yeung ( one of the IFD Queens...and it is quite possible she doesn't know about it) & Tien Peng among other popular taiwanese actors. The movie changes the gang wars in the streets of Taipei for a national adventure against Japanese invaders... This anti-japanese war movies were also a subgenre itself in Taiwan, like the Gangster movies. 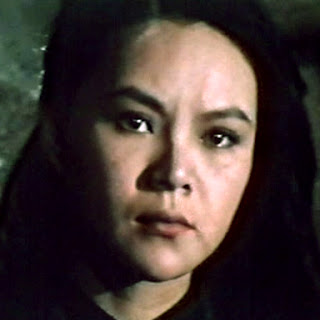 The movie was bought by IFD in released under several different titles. The IFD first official title for this production was Scape to High Risks but then it was also released on tape in countries like Spain as Highnoon Scape. Once again, IFD just bought the rights for its international release, dubbed it into English language & sold it around the world keeping the original taiwanese cut. 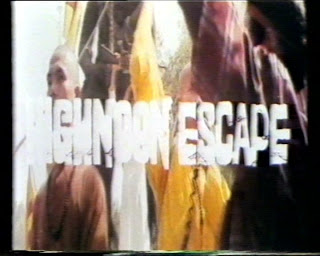 The movie was directed by Ching Gong, who was an excellent director & scriptwriter at Shaw Bros. Some personal favourite of mine are his The Criminal series released & produced by Shaw Bros during the middle 70's. Those works outlined what the Taiwanese Black Movies would be in a near future.

The producer of Escape to Freedom was Yang Teng Kuei who was also the man who made possible many of Danny Lee's direct to video police adventures such as  Shoot to kill & all those bloody and ultraviolent gangster thrillers that just were a logic continuation of the style and features of the original taiwanese black movies.
Publicado por Jesus Manuel en 20:55 8 comentarios:

I didn't know till now that Youtube is full of users who upload tons of full-lengh movies into their accounts...I was used to see clips from all kind of movies but this thing of uploading full movies has really surprised me. But I have to say my heart is divided into two parts because of this....First, I am happy because we are given the chance to watch many rare movies from every corner of the world. I have seem movies that are not avaliable on DVD, VCD or VHS outside third-world countries or they are just collectors pieces...but in the other hand, I don't agree about uploading  copyrighted movies...I consider myself a collector, I enjoy cinema & I think I have to pay for a work other people have done for my own entertainment. It is fair...You make a work, you develope your owns ideas, you have the right to get your benefit...I hate piracy & I despise pirates...

Platoon The Warriors is a copyrighted feature from IFD that is still on their catalog...someone has uploaded it to YouTube. The source is an English-dubbed language VHS from Greece, since the film has not known DVD release, I have decided to include it here, just in case some reader hasn't seen it yet. Anyway, I encourage you to purchase legal releases...


Platoon The Warriors, as you may know, was directed by Philip Ko who used as main body a 1984 filipino production titled Diegong Bayong, starred by filipino star Anthony Malonzo. Diegong Bayong is a powerful, bloody & gritty action drama that was nicely edited by Philip Ko. Platoon the Warriors is a personal favourite of mine. Oh, I also found in Youtube the original Spanish trailer. I have to say, I had never seen it before on any spanish release...& I like it a lot!!!!!...

Naked Revenge was the title IFD gave to the international release of a taiwanese gangster movie in the early 80's. It was another of those movies that flooded the spanish video rental shops trying to pass as a kung fu flick among the avid audience who just wanted to see chinese fellas kicking asses!...but once you played it, you didn't find an average kung fu movie but a modern day gangter melodrama...


I remember when I first rented it with my younger brother, he didn't like a bit and after 10 0r 15 minutes he left the room inmersed in a deep ocean of boredom...I was not!...I like it...I enjoyed the roughness & raw violence displayed...I was ( I still am) an easy-to-get-happy audience.

Opposite to many IFD/ Filmark titles that were quite easy to find on video in Spain, Naked Revenge was a hard to find one. In fact, the copy I own is the only one I have ever seen & I never ever found another copy since I decided to collect all IFD & Filmark stuff...

Advent Commando 6: Naked Revenge, the new re-edition starred by some of our favourite gweilohs was never released in Spain & I ignore if it was ever released in some other countries. I have searched for a copy but I haven't gone a clue about it.

Well, Naked Revenge, as we stated above was the IFD title for a taiwanese movie originally titled The Reformed Gambler, a 1981 production directed by Chui Yuk-Lung who was always credited by IFD as Steve Lung in many movies.
The original cast of The Reformed Gambler includes Tattoer Ma, Champ Wang & Paul Chang and other taiwanese popular actors such as Lung Fei, Chen Hung-Lieh & Chan Sing...

Oh, Cirio H. Santiago directed in 1985 a film titled Naked Vengeance that was released in some countries as Naked Revenge...obviously it has nothing to do with the IFD film.
Publicado por Jesus Manuel en 20:00 No hay comentarios: