IFD offered us several sagas, from the now-re-valued Thunderbolt movies to the Ninja Operation episodes or the Ninja Thunderkids or War City...etc etc. All those sagas were done at the end of the 80's when the ninaj craze was still at its peak & war movies like Platoon or Born on July 4th were real blockbusters. But IFD still had a hope on Catman after Lethal track, so they decided to continue filming new adventures starred by our favourite shabby superhero. 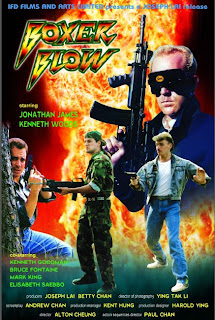 The second entry was Boxer Blow, but this time we were not so lucky since Catman appears just 10 minutes during all the movie in some scenes that look like were discharged from the first part..anyway, what we can confirm is that all Catman scenes from both movies were shot back to back in a 2-3 weeks.
This indeed was a alarm signal that people at IFD were becoming lazy ( like it was happening at Filmark) & new scenes were shorter & shorter movie after movie. A real pity because Catman on its nature had screen potential to become into a cult character as it happened to the Robot of Filmark's Robovampire. 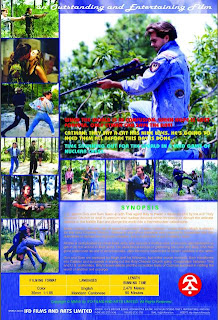 In the other hand, as it happened in Catman Lethal Track, we have Joseph Lai used another thai movie as main body for Boxer's Blow. A movie that would remain hidden if not because of our good friend from Thailand Jub Khun who kindly helped me to identify such movies & even offered the original poster of them. 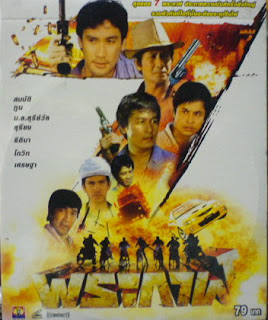 I am trying to locate the movie on domestic format but it seems those movies have been swallowed by the Earth since are almost impossible to find them.
By the moment, we only have to enjoy the original poster.